Want to get your COVID-related messaging out as effectively as possible? Here’s a toolkit from the Ad Council and COVID Collaborative that features downloadable graphics, plus messaging recommendations, do’s and don’ts, and tips about language and tone.

The non-profit Ad Council brings together creative minds in advertising, media, technology and marketing to address social causes, and was the driving force behind ad campaigns including Friends Don’t Let Friends Drive Drunk, Smokey Bear, and Love Has No Labels.

For Black patients who need convincing that it’s a good, safe move to get a COVID-19 vaccination, here’s a video from the Black Physicians Network of Columbus, Ohio that makes the case. Dozens of Ohio Black physicians in this short video address the reasons why Black patients might be skeptical, and explain why they ultimately decided to get vaccinated themselves. Well made, and definitely worth a watch. 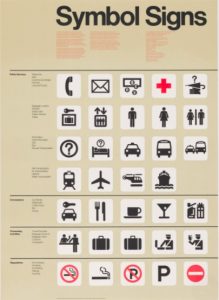 Not all translation depends on words, as is made clear by a New York Times obit for graphic designer and artist Rajie Cook.

In 1974, Cook’s design firm was hired by the US Department of Transportation as it prepared for what was assumed would be an influx of foreign visitors around the time of the 1976 bicentennial. Cook’s charge was to create symbols that could efficiently convey to people who didn’t speak English key information — for instance, where are the bathrooms, which gender do they serve, where’s the elevator, or the train or bus stop.

The firm came up with 34 pictographs, still in use today. Cook’s analysis of that work contains a lesson that remains relevant to anyone trying to communicate across cultural spans: “We held firm to the principle that design communicates to its maximum efficiency without frills, contrivances and other extraneous material.” 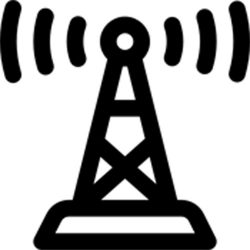