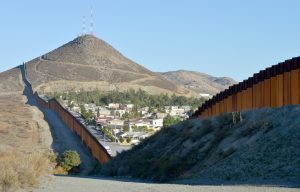 A recent story in the New York Times asked the question, Can Republicans and Democrats Find a Way Forward on Immigration? Reporter Eileen Sullivan observes that movement on this sticky issue will necessitate compromise, a quality Washington finds short supply.

A deal on the Dreamers — protected for now by the Obama-era Deferred Action for Childhood Arrivals program, these are children who came to the US and grew up here. Many of the hundreds of thousands of immigrants sheltered for now by this program labor in agriculture and manufacturing jobs, industries already struggling to find workers. Having exhausted court appeals that would allow them to stay, their fate now lies in the hands of Congress, Sullivan writes.

Border security — this top Republican priority gained more momentum with the recent record-breaking surge in illegal immigration along the southwest border, as migrants attempt to flee violence and poverty in their native lands. Republicans say they aim to restore the Trump administration’s restrictive policies and complete Trump’s vision of a border wall.

Labor shortages — as the economy adds new jobs, there aren’t enough workers to go around. Democrats and businesses, Sullivan writes, argue for easing labor shortages by loosening work authorization policies and creating less cumbersome paths to citizenship. Republican opposition is based on the contention that immigrants take jobs away from citizens.

Read more of Sullivan’s analysis of the politics beneath these long-standing and contentious issues here.