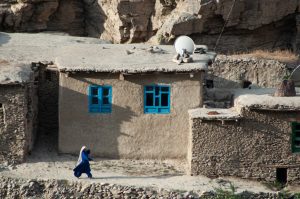 As US involvement in the 20-year war in Afghanistan winds down, here’s an inevitable question: What becomes of the thousands of Afghans who helped US troops and now face retribution as the Taliban takes over?

This month the US House of Representatives voted to boost the number of special visas for Afghans from 11,000 to 19,000. The measure limits the evidence that refugees will need to prove that they are at risk. It remains under consideration in the Senate.

More than 18,000 Afghans worked for the US during the war effort, serving as interpreters, drivers, guards, and clerks. They have an estimated 53,000 family members. Get more details in this New York Times story: The House votes to increase the number of visas for Afghans who have helped U.S. troops

In a related article, the Times reports on efforts of US soldiers to assist the Afghans who helped them. It is, in short, a struggle, as former interpreters and others face both death threats at home and a years-long bureaucratic process to secure a ticket to safety. See ‘I’ll Never Forget You’: Veterans Push to Get Afghan Partners in War to the U.S.

In the will-history-repeat-itself category, the upcoming Afghan diaspora raises the question whether the latest consequence of war will have the same transformative effect locally as the flight of Vietnamese and Hmong from their conflict-torn homelands.