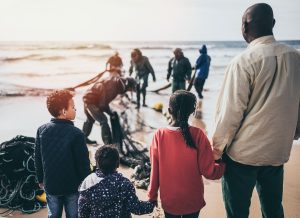 More tough times for would-be refugees ahead, as the Trump administration sets an all-time low limit on allowing those fleeing persecution in their home countries to enter the United States. Here’s an analysis from the Washington Post:

“The Trump administration has set the cap on the number of refugees admitted to the United States next year at 18,000, the lowest level since the program began four decades ago, officials said Thursday.

“Details of the refugee plan come as the Trump administration also has pursued a wide-ranging ban on asylum seekers from Central America, in response to a surge of families that strained federal resources and created a humanitarian crisis at the southern border in the spring.

“The new limit represents a 40 percent drop from the 2019 cap and marks the third consecutive year that the administration has slashed the program since the United States admitted nearly 85,000 refugees in President Barack Obama’s final year in office.

“Officials say there is an existing backlog of approximately 1 million asylum claims before USCIS and the Justice Department’s immigration courts.”