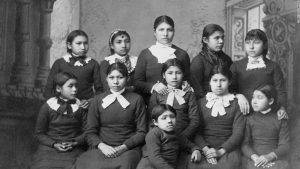 For anyone with children (or really, anyone at all) the news about Central American immigrant kids being separated from their parents is heart-rending. But that’s not to say that American history is free of numerous other similar examples.

Get some historical perspective in this piece by CNN: Actually, the US Has a Long History of Separating Families. The story is a brief reminder that African-American slaves, native people, Mexican immigrants in the 1930s and Japanese-Americans during World War II all experienced family separation.

CNN’s final analysis: “Critics say the policy… is not emblematic of who we are as a nation. Others say it runs counter to the America they know and love. But history shows policies like this have been implemented time and time again since the nation began.”