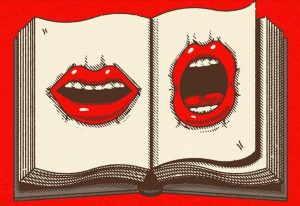 And the answer is … well, no one really knows, according to writer Dan Nosowitz in the online journal Atlas Obscura. “This question, frankly, is a nightmare,” Nosowitz observes. But on his way to leaving the question dangling, he provides insight into how we use subtle visual clues to make sense of spoken language.

Or stop to puzzle over the McGurk Effect, named for the researcher who stumbled upon it in the 1970s. “Say there’s a video of a person saying nonsense syllables: ‘gaga,’ but the audio has been swapped with the same person saying ‘baba,'” Nosowitz writes. “Subjects are asked to watch the video and identify which sound is being spoken. Bizarrely, most people perceive —using both eyes and ears—something else altogether: ‘dada.’”

Read the complete story, What Is the Hardest Language in the World to Lipread? There’s a whole lot we don’t know about vision and speech perception.