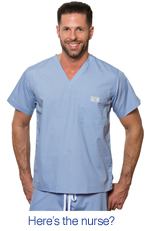 Despite the advances in machine translation that have moved it from the ridiculous to the potentially useful, there remain glitches — particularly in the area of assigning gender, as pointed out in an article in Slator: Language Industry Intelligence.

A difficult trouble spot is in translations that go from English, which does not assign gender to nouns, to languages such as Spanish or French, which do.

Quoting a Dublin City University researcher, Eva Vanmassenhove, the Slator article reports, “In French and Spanish, for instance, ‘I am a nurse’ will still be given feminine translations while ‘I am a surgeon’ will result in masculine ones.

Read more about another complexity of the modern moment in “He Said, She Said: Addressing Gender in Neural Machine Translation.”