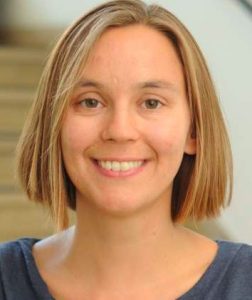 Want to be viewed more often as a liar? Try telling the truth in another language.

That, roughly speaking, is the conclusion of research conducted by University of Würzburg psychologists Kristina Suchotzki (photo, right) and Matthias Gamer.

In their experiment, the researchers asked participants to answer questions, sometimes honestly, sometimes not, in their native tongue and in a second language. Some questions had an emotional core; others involved a simple statement of fact. The results, as summarized by Medical Xpress:

The effect for non-native speakers: they are perceived as less truthful and trustworthy. The result could be especially dire for asylum seekers answering government officialdom’s questions.
Read more about this study here.