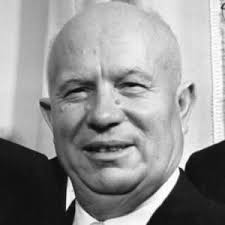 What if it was widely understood that Soviet premier Nikita Khrushchev had said, “We will outlast you,” instead of “We will bury you,” in 1956 at the height of the Cold War?

What if, days before the atom bomb was dropped on Hiroshima, Japanese prime minister Kantaro Suzuki had been correctly understood to tell a US emissary, “No comment. We need more time,”  instead of being thought to convey an attitude of “silent contempt”?

The perils of sketchy translation and interpretation are explored in a New York Times opinion piece, “Why Mistranslation Matters” by Mark Polizzotti. Pilizzotti, author of the recent book, Sympathy for the Traitor: A Translation Manifesto, lays out a series of translation- and interpretation-inspired misconceptions, starting with the so-called apple tree in the Garden of Eden.